How To Tell A Good MMORPG From A Bad One 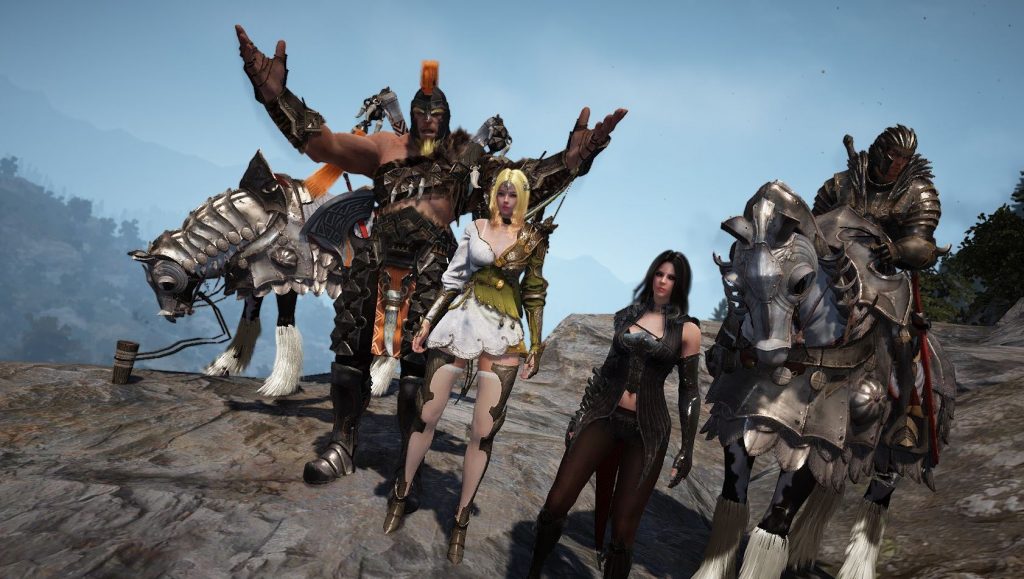 The MMORPG genre (or “Massively Multiplayer Online Role-Playing Game”) is a long-lasting game archetype that isn’t your typical gaming experience. You go in a server filled with a ton of people to party up and make friends with, you complete a lot of quests and kill a lot of bad guys either solo or in big groups, and you do a ton of other activities ranging from social to item-building-slash-trading.

Case examples of established MMORPGs include genre-starter Everquest, the genre-defining World of WarCraft, the newbies like The Elder Scrolls Online and Final Fantasy XIV: A Realm Reborn, and the Korean fares like TERA, Blade & Soul, and Black Desert Online. Of course, there will always be new ones being made either in Early Access mode or in beta.

So, what separates the good MMORPGs from the bad ones? There are many elements from MMORPGs that has been around for a while or even newly launched ones that are worth keeping. Here they are. You cannot have an MMORPG without a world to role-play in. Players need a giant location, a playground if you will, to roam around in and do a ton of things. The things that make them progress and feel a sense of worth. Things like levelling up, killing monsters, getting loot, and exploring every nook and cranny in the said playground. You need a world that can truly make the player feel like there’s a lot to achieve despite being a little speck in a new universe.

One of the most entertaining aspects of any game is exploration. The best world designers for an MMORPG let players uncover hidden places and creatively-designed areas, be it a skyscraper worthy of a movie scene or an expansive underwater colony lost in time.The best MMO worlds have different stories behind their vistas and layout. The best ones transition seamlessly; no instances for us, please.

Speaking of which, the world wouldn’t matter if it was a storyless husk of a playing field. The main storyline of the whole game is important; World of Warcraft accomplished what many MMO tries to do: it got its player base hooked on its story.

The lore of World of Warcraft is by far the richest story in any MMORPG or game ever created. There are entire websites created dedicated only to the world of Azeroth and uncovering its characters, locations and bosses. Blizzard’s production values in its lore are unparalleled, which is why they can capitalize on their customers’ love for fantasy by releasing expansion packs every year. Each new expansion creates new stories and new adventures players can commune and discuss. There are also numerous Warcraft novels and short stories that the game is based on.

This is the type of deep and rich content players crave, the type that gets players invested and care about the space they explore in. This gives players a sense that they’re contributing to the world, creating their own stories in this digital landscape.

Gone are the days of clicking and casting spells with “1, 2, 3…” Now is the age of smooth real-time action combat. Players like to be involved in the game whenever they’re out beating up a sloth of bears or a huge world-ending dragon. Nowadays, combat in an MMORPG has to be really smooth and fluid, where players can chain combinations of attacks without any abrupt movements interrupting their flow.

We’re not saying that the click and cast systems in MMORPGs don’t have their place in the genre. It’s just that in a fast-paced action-centric evolving genre like the MMORPG, players demand satisfying feedback and real-time results from their hard-fought battles. Having a fluid combat system helps.

With a world and a means to conflict comes another important aspect of an MMORPG: the in-game economy. A player-driven economy that involves the buying and crafting of items and weapons to be traded means a surefire way for players to earn money outside of grinding and levelling up. While some people like to go through tough dungeons called Raids for high-level loot, some players prefer the simple life of crafting goods for trade.

A good MMORPG will have a well-thought-out economy that welcomes free trade, marketplace trade, and auction houses. The latter is important for those who love Raids and want to sell their duplicate goods for profit to other players. After the main quest line of an MMORPG is done, what next? That’s where the endgame content comes in: a chance for high-level players to win big by fighting tougher challenges and bosses in elaborate dungeons. This segment has been a dilemma for all game developers; it is essentially the direction the company want to take once a player has explored everything the main game has to offer.

Everyone has their own opinions for the endgame, be it world VS world, player VS player, raiding, crafting and gathering. There are also expansion packs that add more content post-game.

But the fact remains: if there’s no more content to play, players will leave for another better MMORPG. It is essential for these games to give players a large map to explore, to give them more quests and activities to get engaged in and subsequently improve their rank.

Some games like Black Desert Online even let players build a boat from scratch, invest in houses, and even make them play home decorator. If developers can plan out their long-term expansion plan for their MMORPGs post-game, their players will be sticking with them for a long time. Art design in a game is more important than one might think; the game’s visuals will draw players and curious bystanders in. A game with a good art style can set the tone for its audience; a younger crowd would go for a more colourful game while juvenile/adult gamers will go for more realistic fares.

An MMORPG’s game developer is responsible for setting its art direction, whether it’s a realistic one or a cartoony and colourful one. They can make or break a game; no one wants to play an MMO where their customized avatar looks fugly as sin, right?

What makes an MMORPG special is the option to create a distinct avatar of a player’s choosing. Would you want to be like everyone, with the same hairstyle, clothing and face? Or would you rather be one in a million, a unique creation of your own? Players get to create their own human, elf or any other race to their heart’s desires.

Black Desert Online and Guild Wars 2 did an awesome job with their dyeing system, where players are able to customize and dye their armours in any mixture of colours they want to create for that unique look. Players got creative, creating characters who looked like Batman or Robin or just pure white throughout, depicting an angel of sorts. Black Desert Online’s robust and detailed character creation system is the best in the market so far.

Long story short, more options for avatars means a better chance for players to create accurate versions of their personas. In the landscape of MMORPGs, there are two camps: Free-to-Play and Pay-to-Play. Neither one is any better than the other; rather, it’s how game developers execute their model that determines if their MMORPG is worth sticking around for.

Free to Play (F2P) offer players access to the game without the need to spend real money. However, they feature premium content that comes in a variety of packages and varies from game to game. Most F2P titles offer cosmetic items and powerful items that give players an advantage over fellow players. Other games just offer cosmetic items. Regardless, premium content must be acquired through in-game virtual currency, usually purchased with cash. This helps maintain the quality of the game and preserve the in-game balance among the player base.

On the other hand, Pay-to-Play games are either purchased for a flat cost. Some games still require a monthly subscription to continue playing like World of Warcraft. The latter seems to be a dying breed as more developers transition to a flat cost or a free-to-play model. This model is accepted by most players since companies will have more resources to expand the game without any additional cost from its player base. Only legacy MMORPGs and big titles can get away with this in this day and age, like the aforementioned WoW and Final Fantasy XV: A Realm Reborn. There is nothing worse than a server crash in a middle of a high-end raid, or having your loot-filled account hacked. A good MMORPG should have plans to help resolve these technical issues and have a 24/7 service that will help its player base in times of need.

By offering professional-level customer service and community support, developers are listening and helping out players with an assortment of problems ranging from the technical to the trivial. This will make players stay on and not leave even if a game is in a rough state; yes, MMOs usually will have a bad week or month.

An MMORPG with good support will make players continue playing the game, spend money on the game, and even recommend the experience to other friends. Therefore, a 24/7 multi-channel support via voice, email, online and social networks is essential in this day and age.

Know of any good MMOs with these set criteria? What other traits does an MMO need to be successful? Let us know either here or on Facebook.

Sea Of Thieves May Rock Your Sailbo…

It’s been far too long since we’ve had a pirate simulator,…